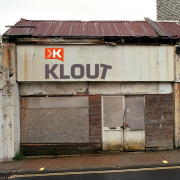 @EU_Commission 100% of European citizens the can still use their brain believe that their governments must substantially reduce their dependency on such a frustrated cougar's bullshit.

@EU_Commission The best future for European citizens is a future without such criminal arrogant organization called "European Commission". We need to rebuild institutions from scratch and get rid of such failure, a slave of the worst capitalists, totally dissociated from people's will.