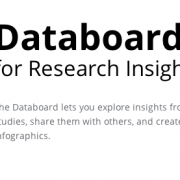 The continuing r-evolution of Google services/tools and its benefits for the marketing industry: Think Insights & Databoard
2 replies

RT @OltreDigital Uninstall @messenger immediately because it drains your battery to test your device #messenger phonearena.com/news/…

RT @gofundme Delilah has been fighting cancer since she was just 4 years old. Her favorite song during treatments has been "Hey There Delilah” by The Plain White T’s—so they surprised her with a private concert at the hospital 💚 pic.twitter.com/JFpW…

Does the iPhone battery last less than 2 hours with iOS 7?

The continuing r-evolution of Google services/tools and its benefits for the...